The debate rages and, no matter which side of the argument you’re on, you can see you’re right.  And what if, in one sense, both parties are right?

I say both parties may be right because I’m looking past the ‘to smack or not to smack’ and I’m asking a different question. I’m asking ‘What is it we really want to achieve?’ And I suspect that both parties will agree without hesitation that what we want is young people who are respectful of other people and of others people’s property.

So what would happen instead of trying to outshout each other’s argument regarding whether or not smacking is okay, we reflect on what might be learnt from the mindset of the other.

The ‘Smackers’ are right about children needing boundaries. When you’re standing on the ‘Smackers’’ side of the fence it’s obvious that many good old -fashioned values and behaviours have been undermined.  They are saying ‘children need boundaries.’  And they are absolutely right. Children need boundaries for our benefit and also for their own. A child without boundaries can feel very insecure because he doesn’t know where the limits are. I once heard a wise lady describe a child raised without boundaries as being like a blind person trying to walk in a room that went on and on, without any walls. Imagine how disorientating, and perhaps even frightening, it would be to have no walls to help you gain a sense of direction. Children need boundaries so that they know what to expect and what’s expected from them. In fact, the ‘Smackers’ are cautioning something really significant here – Discipline is essential if we want peaceful society.  ‘Kids who are brought up with firm, fair, consistent boundaries don’t go off the rails so easily.’  Sue Atkins[1] Certainly part of the problem with the UK riots had to do with lack of boundaries and discipline.

And what if the ‘Non-Smackers’ are also right because they have figured out that actually children are people too and all people deserve to be treated with respect?  What if they’ve recognized that violence begets violence?

For some insight into why smacking isn’t going to achieve what’s needed, here are some key points that leading international neuroscientists recognise:

1.  The child’s brain is still ‘under construction’.  This means that the child will not always perceive things as we adults do. Yes, there are times when children will need our intervention and guidance.

2. Because the child’s brain is not fully developed, it also means that at times of strong emotion, children need adults who can be the ‘emotional thermostats’ – helping to keep the heat of roused emotions at a reasonable temperature.

3. When we are upset we don’t ‘think straight’. This is because we don’t have one brain. In a sense we have three brains, and the innermost section of the brain, often called the reptilian brain, is the part that reacts when the person is under threat.  When we sense ‘danger’, the brain focuses its energy on this deep inner brain – causing us to go into reactive mode, of fight, flight, freeze or appease, to help keep us safe in an emergency.  The cost of this ‘survival mode’ is that clear logical thinking temporarily shuts down.  It makes sense that when a child is smacked, they are going to feel under attack, which means the primitive ‘survival’ mode of the brain is triggered, which means that they won’t take any learning from the situation.  All the child will gain is a fear reaction that will get them to avoid being in the same situation again.

Will it teach them not to repeat that behaviour any time the authority figure is present to reinforce the punishment? Yes.

Will it teach them compassion or consideration for others?  No, because the part reptilian part of the brain that is triggered when we are under attack doesn’t do compassion or reasoning – it only does survival.  Crocodiles don’t worry about connection – they just do survival!

David Lammy UK author of  ‘Out of the Ashes: After the Riots’ [2] states in an article in the Guardian, where he blames anti-smacking law for UK riots.  “The ability to exercise their (parents’) own judgment in relation to discipline and reasonable chastisement has been taken away. ”

What I’d like to say to David is that I agree with him that children need discipline but Punishment and Discipline are not synonyms.  ‘Chastisement’ is Punishment  – not Discipline. Punishment attempts to work from the outside in. Discipline works from the inside out.[3]

Smacking (a.k.a, Punishment) isn’t going to achieve what’s needed because, in the words of leading neuroscientist Daniel Siegel:

“Discipline” really means to teach, not to “punish”.[4]

What we want is surely to teach our children acceptable social behaviour.

Some parents resort to smacking children because they don’t know how else to maintain boundaries. Some parents don’t smack but resort to other tools of coercion and manipulation that ultimately might be just as harmful,  (and much of this is advocated on popular TV Parenting programmes).

I appreciate that David Lammy  MP is voicing that the violence that erupted in the UK is a signal that this is an issue that needs urgent and serious attention. When Smackers and the Non-Smackers choose to focus on the outcome we desire: ‘What is it we really want to achieve?’, here’s some of the factors we’ll most probably agree on:

Yes, children need to have boundaries.

Yes, everyone deserves to be treated with respect.

And it’s time to learn from experts in the fields of child development, attachment parenting and neuroscience about what’s needed to raise emotionally healthy individuals who respect themselves and others.

What’s vital is that parents and educators are equipped with helpful discipline tools that work, not just on the short term from the adult’s perspective – but ‘work’ in the sense that they are going to achieve the long term goals of a peaceful and respectful society, where everyone’s needs, including children’s,  are taken into account.

Rioting Teenagers – can your parenting make a difference?

Helpful resources by Val Mullally related to this topic: 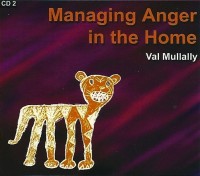 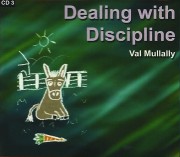 (Sign up for our newsletter to keep in touch with new releases).