It’s easy to feel pressure from your own parents, in-laws, teachers, or anyone else in your community to get your kids to be ‘good’. Similarly, you’ve probably experienced that nagging doubt that you’re not being a ‘good’ parent.

One of the questions I often hear is, ‘How do I know I’m Parenting right?’ 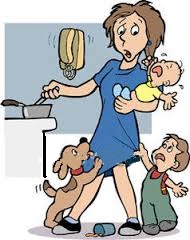 Are you worried that you’re not Parenting right?

Confused about what is needed to give your child the best start in life?

How to keep your child safe and help them do well?

There are so many self-help books, articles and television programmes and some of it can be contradictory and confusing. Who has got the right advice? How do you know who to listen to? Whatever way you look at it, how does a parent know what is the right thing to do? How do you know you are being a ‘good’ parent? The thing is what worked in previous generations isn’t working now, because every parent in this new generation is a pioneer parent. What worked (or seemed to work) in parenting for your grandmother’s generation had probably worked for hundreds of years before. But as a parent now, you are facing challenges and opportunities beyond the wildest imaginings of your grandparents when they were young. Words that roll off our tongues were meaningless a few decades ago: Google, Kindle, Facebook, iPad, Skype, Internet, worldwide web, blog, laptop, smartphone, YouTube ….  TECHNOLOGY has created a whole new world. Which means that we need a whole new way of being in the world. So where and how do you find what is needed to parent now? As parents you are pioneering new territory as surely as the voyagers from five hundred years ago left the familiar behind to discover new lands. No one has been there before. You don’t know what the territory is like. You’re unsure of what dangers are lurking along the journey and you don’t know what resources are needed. Parenting in this new territory can feel disorienting, maybe overwhelming or even terrifying at times. Trying to return to the old land of strict discipline and ‘children must do what they’re told’ could easily seem the best option. But, if we are honest with ourselves, we know that in the long term that’s not going to work.

In the words of Einstein: A new solution is needed for a new situation.

Imagine the adventures experienced by those explorers who were brave enough to journey into the unknown. It makes sense that sometimes they must have felt exhausted. Sometimes they couldn’t imagine how they would have the resources to continue. Sometimes the only option was to keep going forward, even when they didn’t know what lay ahead. And at the same time imagine the thrill of stepping into new territory – new opportunities, insights and awarenesses that would never have happened if they hadn’t stepped out. Pioneering is an amazing experience, whatever the unknown territory is. And pioneering is not something you want to do alone. At times the early explorers came across a person who had journeyed some way along the new path already. Someone who had glimpsed the new territory and could give them an indication of what lay ahead. Someone who had viewed the terrain and could tell them what resources would be helpful. Someone who could give them hope and tell them that the journey would be worth it. The scouts who have reconnoitred this new land of Parenting and who are telling us about what lies ahead are the ones who have journeyed into the previously unknown world of what lies within us. Up until now this landscape has been as unfamiliar as the New World was to what Europe had understood the world to be in the Middle Ages. These scouts are reporting to us about the previously uncharted territory of our emotional world and of the workings of the brain. I’d like to share with you three pieces of really good news about what this means to you as a parent.

The first piece of good news is that some of the key information from the world of neuroscience is as simple as understanding the concept of North, South, East and West. It’s so basic that any parent can grasp the principles, and it gives you a compass to move though the territory of parenting – and relationships in general.

The second piece of good news is that you as a parent have the innate ability to be expert of your own situation. After all, you’re the one who has been there from the beginning, who knows the personalities involved and the dynamics between each of the members of your family. And you’re the one who is going to be there for the long haul. So the good news is that you are the perfect person to be parenting your children.

The third piece of good news is that we’re recognising the value of good old-fashioned wisdom. After all, we wouldn’t have survived as a human race if we didn’t KNOW how to raise our children. So, just as the pioneers to new lands drew on what they already knew and then related that to the new discoveries they were making, you can trust yourself to find what’s needed on your parenting journey. And just as discovering a new continent called for new responses, this new knowledge challenges us to rethink the idea of being a ‘good’ parent. So what’s needed to achieve this?

I recommend that you find yourself a scout, someone who has already taken time to adventure into the territory ahead. Someone who recognised the territory ahead will be different from anything you’ve ever journeyed through before. Not someone to tell you what to do. Rather someone who will encourage your awareness of your own resources and wisdom. Someone who will boost your confidence in your own abilities. And someone who will give you a map of the land, so that you will be able to plan your journey, navigate the challenges when they arise and celebrate your experiences. That’s why I advocate the Koemba Parent Coaching approach. Whether you choose to work on a one-to-one basis with a Parent Coach or whether you prefer a course so that you can journey with other pioneers on this Parenting adventure, either way you have the support to make this the most incredible, unique and worthwhile experience imaginable.

Right now if you are living anywhere accessible to Dublin, whether by air, rail or car, you have the chance to sign up for a three weekend introductory course. Three Friday evenings and three full day Saturdays that could potentially be one the most significant and life-changing experiences you could ever discover. They say that it’s not the things that we do that we most regret later in life. Rather, it’s the things that we don’t do that we regret.

I’m Val Mullally, founder of Koemba, and I will be facilitating the training, with two of the Koemba team, Florence Burns and Anca Lupu.  I am an accredited Parent Coach and a mother of two adult sons. I was a qualified teacher before having my children, but I wish I had known what I know now when my children were young. And I know it’s much tougher to parent now than when my children were young. Don’t miss this opportunity. This is your time and your opportunity to be the parent you really want to be. To be the one who will successfully take the pioneering journey of parenting in a new millennium.  An amazing adventure – and one you will always be so glad you took! CLICK HERE to  find out more. (EARLY BIRD DISCOUNT TILL 10 APRIL!)